Choosing a set of models¶

Inference will run in different modes depending on the output types of the models you supply. SLEAP currently support two distinct modes for multi-animal inference.

Each approach has its advantages, and you may wish to try out both to see which gives you better results.

You can configure the hyperparameters for training your model in the “Model Configuration” tabs of the Training Dialog: 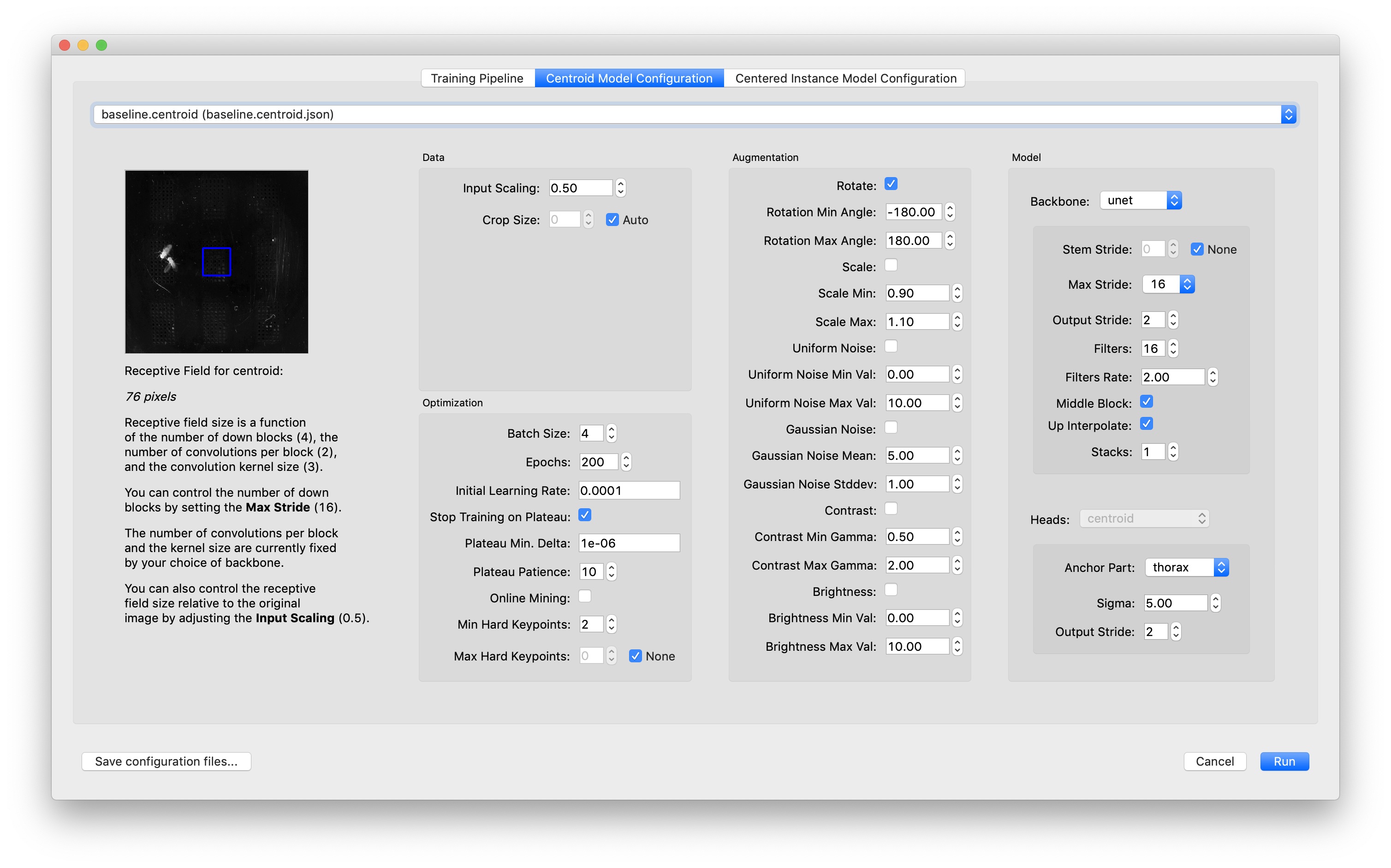 Hover over each field to get an explanation. Here are some hyperparameters which are especially worth your attention:

Batch Size: Number of examples per minibatch, i.e., a single step of training. Higher numbers can increase generalization performance by averaging model gradient updates over a larger number of examples at the cost of considerably more GPU memory, especially for larger sized images. Lower numbers may lead to overfitting, but may be beneficial to the optimization process when few but varied examples are available.

Max Stride and Input Scaling: These control the receptive field size which should correspond to the size of the features you want to detect in your video. Decreasing the input scale of the image will result in a larger receptive field relative to the original image, but this won’t work if you are trying to detect fine features which will be lost by downsampling the image. Increasing the max stride will result in a larger receptive field at the cost of increasing the number of trainable parameters in the model—which requires more GPU memory and results in slower training and inference. (You may need to turn down the batch size if you run out of GPU memory when training a larger model, which will further slow down training.)

When using the top-down approach, you’ll typically want a larger receptive field for the centroid model than for the instance centered confidence maps. You can achieve this by using more downsampling (“input scaling”) on the centroid model since fine details in the image usually won’t be needed to accurately locate each instance.

For top-down models (i.e., the “centroid” model and the “centered instance” model), it’s important to choose a good anchor part which has a relatively stable position near the center of your animal and to choose as sufficiently large crop sizes so that the centered crops include the whole animal.

If you have a large number of joints (nodes) in your skeleton, you should try Online Mining. Online Hard Keypoint Mining will make it easier to train “hard” joints—at each epoch of training the worst performing joints make a larger contribution to the loss.