Case: You have predictions that aren’t in the same project as your original training data and you want to correct some of the predictions and use these corrections to train a better model.

All of your training data must be in a single SLEAP project file (or labels package), so if you have data in multiple files, you’ll need to merge them before you can train on the entire set of data.

If you want to merge only the corrections, then you should first make a copy of the predictions file. You can either just copy the file itself, or make a copy from the GUI using “Save As..” in the “File” menu. Open the copy of the file in the GUI and use the “Delete All Predictions…” command in the “Predictions” menu to remove all of the predicted instances from the file. Save and you’ll be left with a file which just contains your corrections.

Open the original project file (or whatever file you want to merge into). Then, use the “Merge Data From…” command in the “File” menu. You’ll need to select the file from which you are getting the data to merge—this would be the file with your corrected predictions.

You’ll then see a window with information about the merge: 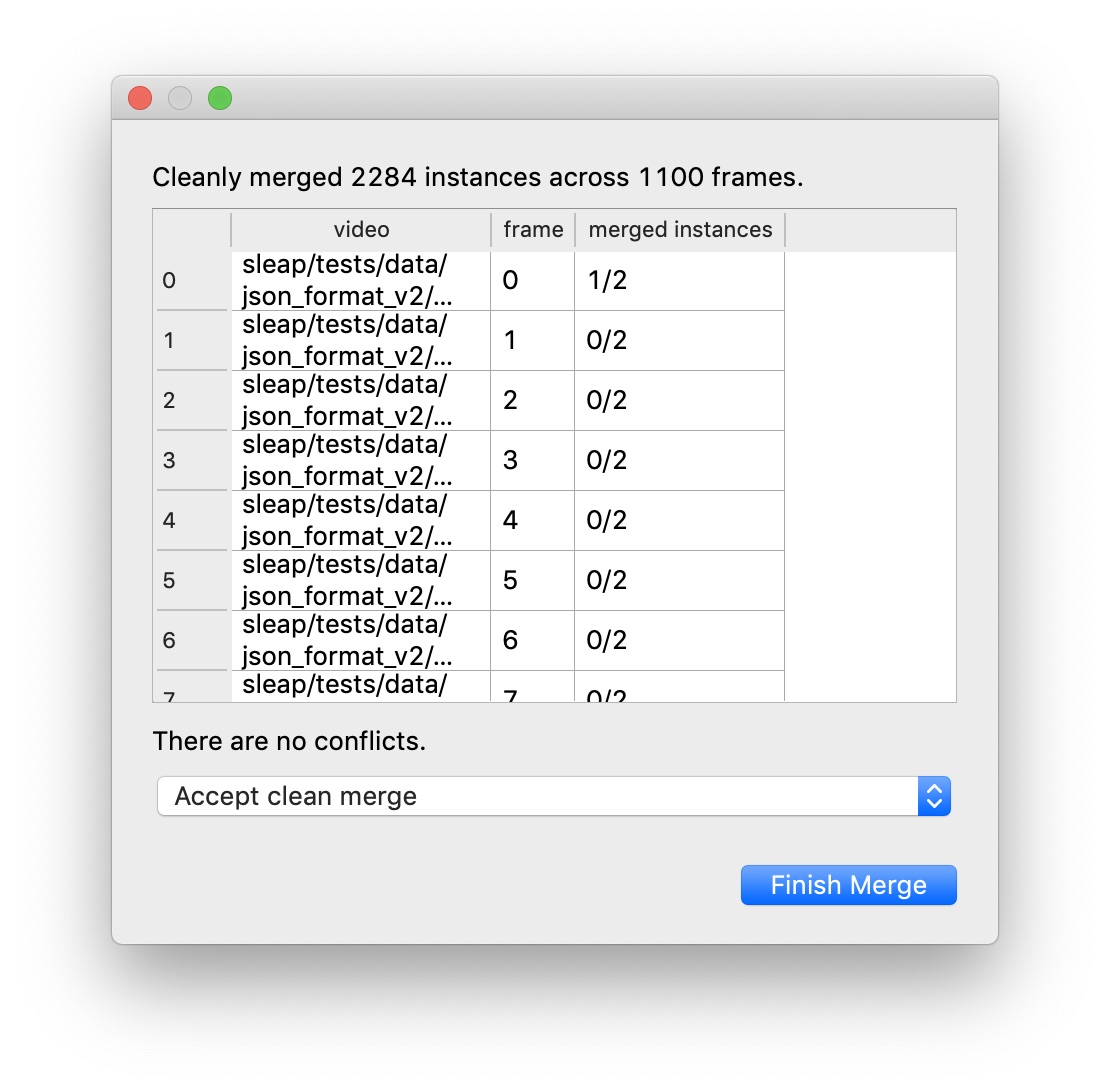 If there are no merge conflicts, then you can click “Finish Merge. If the two files contain conflicts—frames from the same video which both have editable instances or both have predicted instances—then you’ll need to decide how to resolve the conflicts. You can choose to use the “base” version (i.e., the original project file into which you are merging), the “new” version (i.e., from the predictions file with the data which you’re adding to the original project), or neither. Whichever you choose, you’ll also get all of the frames which can be merged without conflicts.

After merging you should save (or save a copy of the project with the “Save As…” command). Once you have a single project file which contains both your old and new training data, you can train new models.